I just realized I never did a Christmas post...well, there are too many pictures from that anyway.   A new year, new posts right!  February flew by in our house.  I cannot seem to find all our pictures and just realized I never put up anything about sweet Ty in January, so here goes.
8 months in January!!!!  He FINALLY slept through the night!  It is definitely not consistent but I know he can do it atleast.  He is trying to crawl and pull up on just about everything.  He still LOVES his bath, his Sophie giraffe (more teeth coming in for sure!)  and is still the happiest baby.  I just cannot say enough about how sweet and happy he is.  Dont get me wrong, juggling three is not easy, but he has made it about as easy as this transition could have been (aside from not sleeping very much)
He loves to eat.  And he will eat ANYTHING!  He grabs at anything on the table or my plate so you have to watch out.  But he of course loves any baby food but will pick up food with his little pinchers and is good at it too!  Aside from baby food he loves turkey, chicken, pizza, spaghetti, cheese (any cheese, he has even tried and liked Feta and Blue Cheese), cottage cheese, yogurt, any beans, and really I could go on.  There is nothing he has tried that he hasn't loved!  He says, Mama, Dada, Baba and laughs when yo usay bye-bye and wave your hand.  This sweet little guy is just a little light in all our lives! 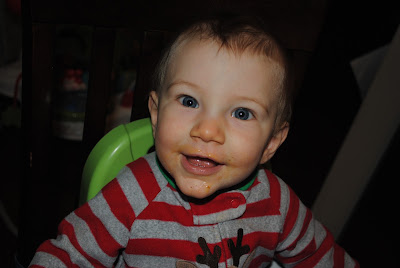 I love his little toofies (as we call his teeth) 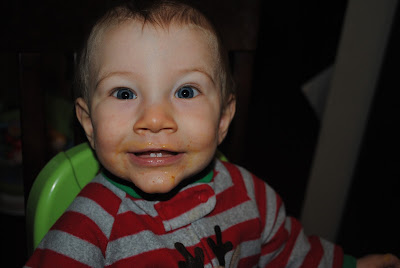 Yes, poor guy ends up just staying in his jammies most days.  I just run out of time in the mornings usually before I have to get the boys to school and get to work, plus it has been so cold that these are warmest with a coat anyway.
Here is trying to crawl...quite frankly I do not want him to and I know my life will get tremendously harder and the chance of him choking on something goes up dramatically, but he really really wants to get going! 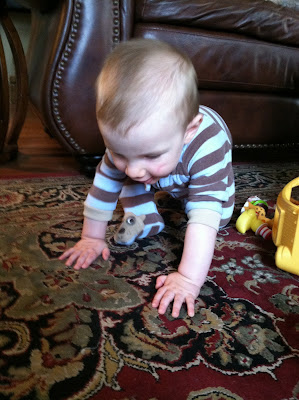 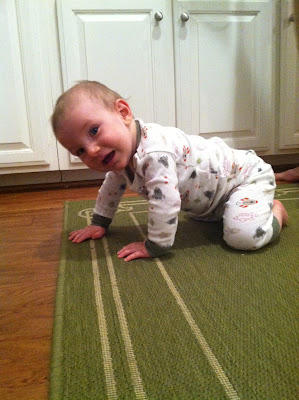 The boys and I went over to a friends house to play and the little girl there was so sweet and kept bringing Ty some of her toys to play with... 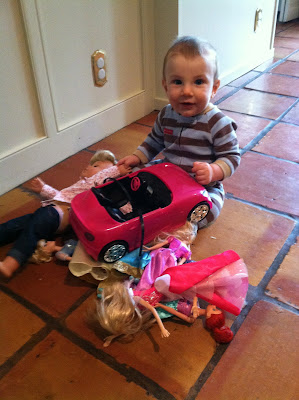 plus I think she enjoyed him because he is like a live babydoll:)
The look on his face is priceless, plus there is a lot of pink here which I am sure he has never seen before until now! 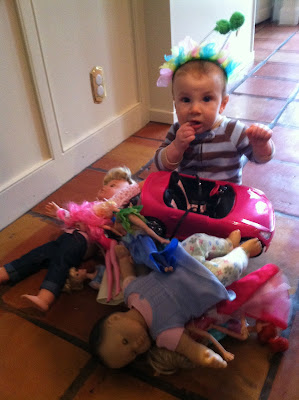 Valentines Day!
The boys helped me make a cake and we fixed pork tenderloin, twice baked potatoes, salad and dessert as a family.  We celebrated all together! 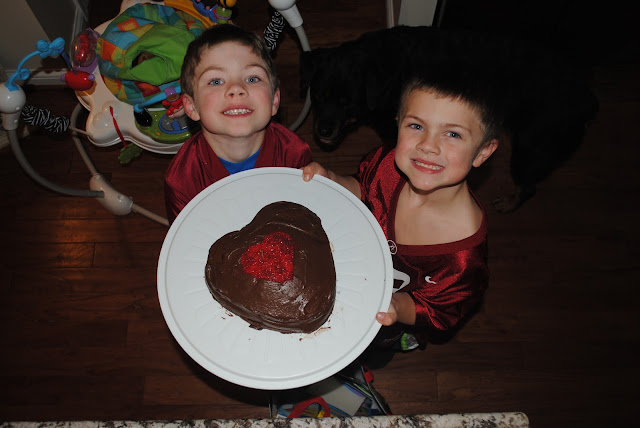 Both boys celebrated 100 days of school in February. 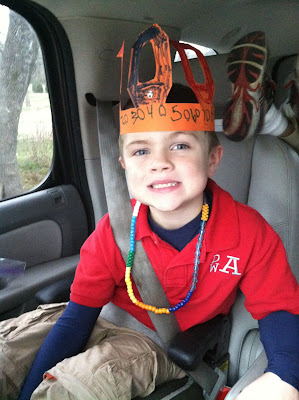 Sadly I do not have a picture of Hunter's, though he had to bring in 100 pennies, 100 of a snack, 100 of anything else he wanted and it was a very very big deal at school.  I know his teachers are taking tons of pictures which we will get in a book at the end of the year so I am not too worried.  He did make a book at school and one of the questions in there was:
"What is something your mother says 100 times a day"
I was hoping he would say "I love you"
But no, apparently I say "Brush your teeth" 100 times a day!
{maybe if he would do it the first time I asked I wouldn't have to say it so much}
The kindergarteners also paired up with a second grader and had to write the numbers 1-100, and count to 100 by 1s, 2s, 5s, and 10s.  It is quite impressive I must say. He is learning so much that most days I feel like he was just a baby and is too young to know the things he does.  But I suppose that is a part of life!


Drake had a Science Fair at school.  It was the CUTEST thing and I was so impressed with these pre-schoolers!  Drake's experiment was about air. 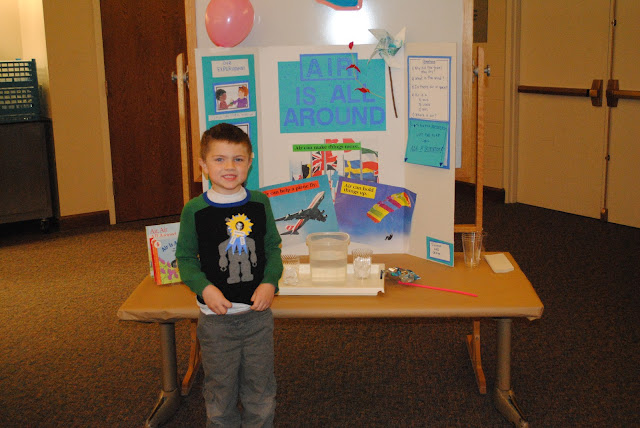 A real scientist came and had them demonstrate their experiement and... 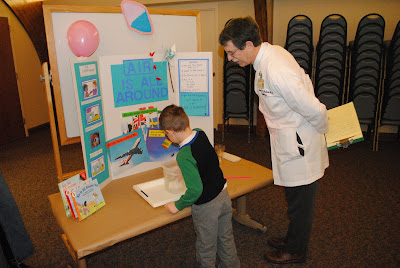 Drakey got a gold star!  Sadly his partner, Frances, got sick and was not able to be there with him, but Drake manned his station just fine.
In his experiment he stuck a paper towel up into a plastic cup and showed that when you turn the cup upside down into a bowl of water and bring it back out, the paper towel stays dry!  Way to go Air! 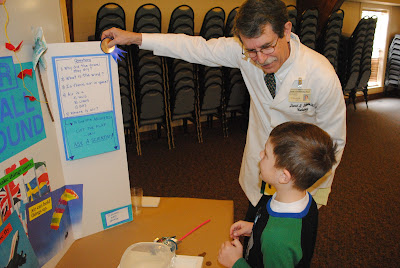 It really was neat as they had to write out the steps and they wrote down what their guess would be and then what actually happened. 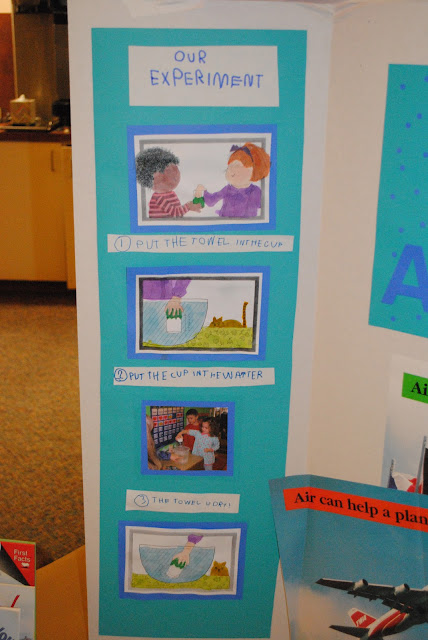 There were about 16 stations set up in the room with 2 children per experiment.  It was fun walking around and looking at everyone's.  Ty was having fun at the "gravity" station. 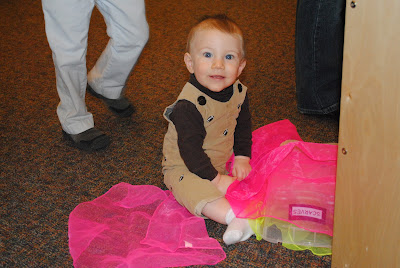 Ty got to ride in the grocery cart with his big brother for the first time in February.  He was LOVING it! 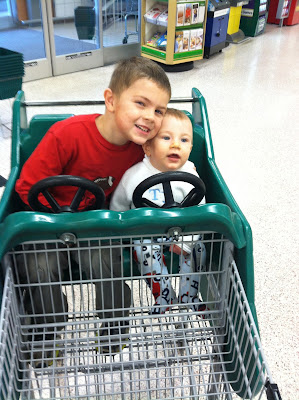 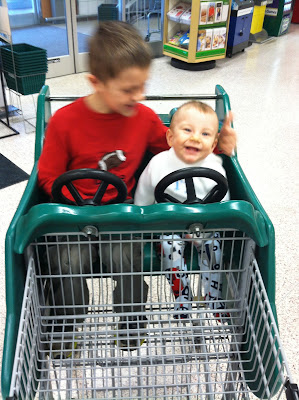 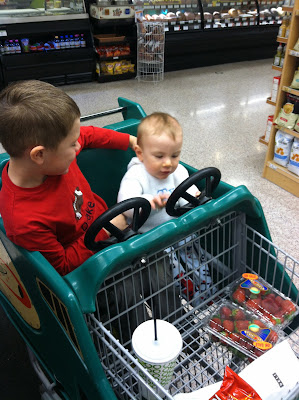 The big boys entertain us with some dress ups every now and then.  We had some friends over for dinner a few weeks ago and they kept parading downstairs in different outfits.
It was kind of like "dinner and a show!"  These pictures are not from that night, just a random night about 2 weeks ago.  They get so tickled 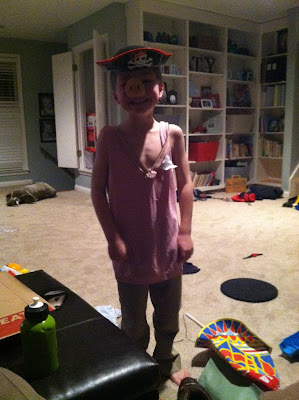 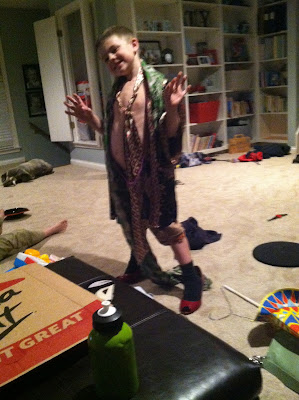 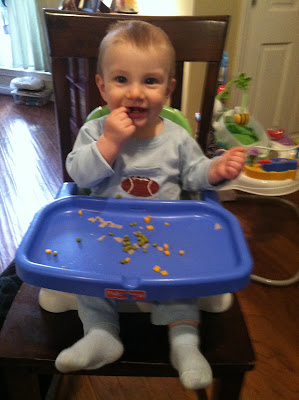 And like I said, he looooves his bath and looks forward to it every single night! 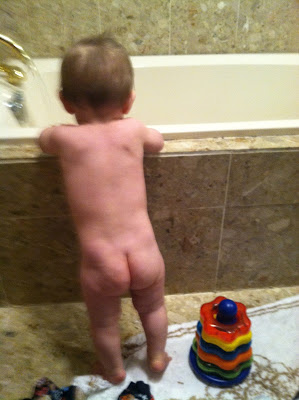 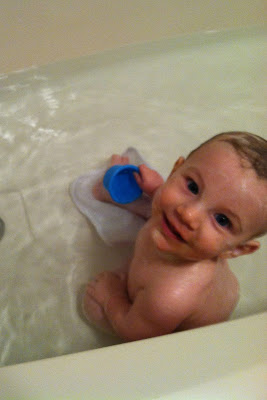 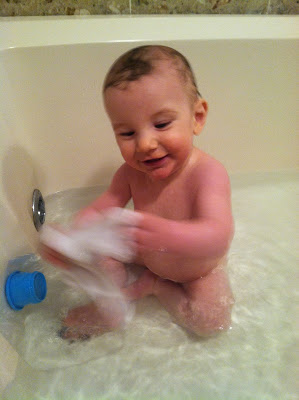 Both boys played basketball this season so I need to put up some pictures of that too.  We dont slow down in this house!!!
Posted by Caroline Armstrong at 9:11 AM