Today was a good day

Well, I have to document this day. We were on our weekly Target run, we had finished shopping, had been there nearly an hour and the boys did pretty well so I was getting them icees and the woman standing behind me said,
"Your children are so well behaved."

WHAT? WAS SHE TALKING TO ME!?!?!? Dirt Diver (formerly known as Drake) and Red Lightning (formerly known as Hunter...I will get to that later) had done it!! I didn't know whether to grab the woman's face and smack a big kiss on her, or look at her and say, "your kidding right crazy?"
But I was able to pick up my jaw off the floor and squeak out "that is so gracious of you to say that...you just made me day." I think I was glowing when we walked out of Target. I really did feel like I was on top of a mountain.

I realize this is suppose to be a normalcy for us mothers, to expect our children to always be well behaved, especially in public. And I do expect them to mind me, behave and be polite, but I feel like it is not always a reality to expect a 2 yr old BOY and a 3 yr old BOY to sit quietly in a cart for an hour just looking around with their hands in their laps. So to say I was elated is beyond words.

You see, if you know me, or have read any of the posts before (which I don't blame you if you have not gotten all the way through any of them because they are always so long since I wait too long between each one to make them normal in length) then you know how silly my wild things are. The past few months in particular have been the most challenging.
I thought a 12 month old and a new baby was hard...RIGHT NOW IS WAAAAAAAAYYYYY HARDER!!!
And lately I have felt much more like the Big Bad Wolf 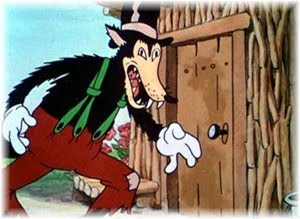 than a loving mother. 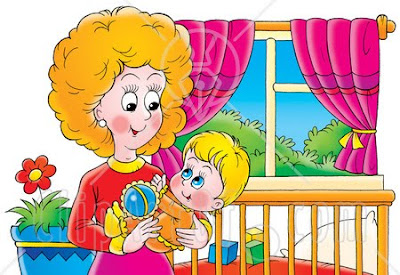 (sorry - that was a pretty weird picture I know)
Since I am alone with them 75% of the time, clearly the majority of the disciplining has to come from me, and recently, there has been A LOT of that. The boys have been out of preschool and Mothers Day Out for 3 weeks now and I think we all miss it a little (well maybe not Hunter. He is so happy to be in his pajamas 24 hours of the day)

I remember when little Drake would not let anyone but me hold him, and now he just seems to look at me as this stern teacher he has to look at all day every day. Did mention NEITHER ONE NAP ANYMORE ever since we gave up the pacie. WHATEVER YOU DO, LET YOUR CHILDREN HAVE THEIR PACIES UNTIL THEY ARE 30!!!!!!!!! IT IS NOT WORTH IT!!!!!!!!!! So to say the days are long and exhausting really doesn't cover it, but they are wonderful as well...I don't think I will have too many more summers of being to be at home with my boys all day after this one.

Anyways, on Sunday I mentally had an inner pump up session. I realized I needed to make sure I spent more time praising them than telling them "No" or "Stop" or "don't do that" or "that was not nice" or "if you do that again you will be disciplined." Which is hard when all they want to do is be naked, crash things, wrestle, hurt each other and sling mud around. But I just had to make sure that was a priority. It always has been a priority for me but sometimes I get lost in the need to want to make sure my children are behaving and lose sight of how to really do it. I have noticed a big change in Hunter this week. He gives me hugs and kisses me all time. He tells me he loves me all the time. He seems to want to please a lot more now. It was weird, like a switch went off. Dont get me wrong, I am not painting a picture of perfection, but we all seem to be feeling a little better. And we somehow passed for being "well behaved" after an hour in Target.
Posted by Caroline Armstrong at 11:49 AM