Sending the boys off to camp!

Well, yesterday morning we sent the boys to Camp-Wag-A-Tail at Grammie and Pop's house. The boys were so excited when they came into town on Thursday that Drake wanted to leave right then and there! But the bus rolled out at 11am Saturday morning and the boys were more than excited! 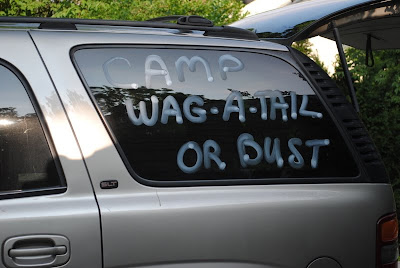 Pop painted the windows with shoe polish which added to the fun and made it extra special. Grammie and Pop have planned tons of fun activities for the boys and I know they are going to have the best time. This was Drake's face when I asked him to smile for me next to his name on the "bus" and hand prints. 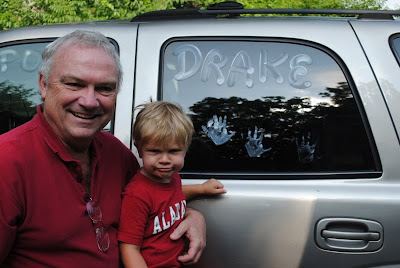 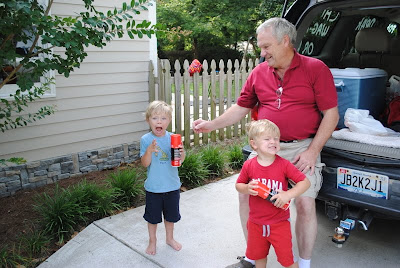 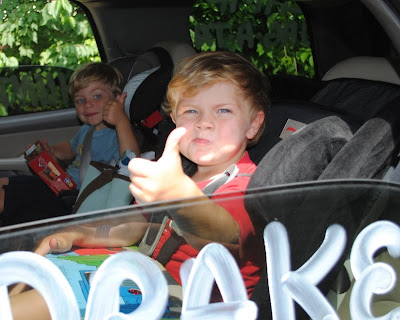 The boys giving us a thumbs up before rolling out 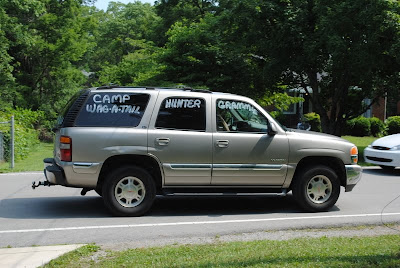 I had a lump in my throat as they pulled out of the driveway, but I know Grammie and Pop have planned so many fun things for the boys that they will have the best time!

As for Kyle and I, we are tremendously enjoying our "stay-ca-tion" but have already talked about how excited we are going to be to see the boys on Friday. But until then, I have so many projects I want to do that I know the time will fly!!!
Posted by Caroline Armstrong at 3:37 PM