Our own little Beckham

Here are some pics from the last few games (we didn't even get pictures from a couple of games. Kyle is one of the coaches and I was too busy trying to put out fires where my child had taken down someone else's child) :

I took this picture because I just loved the way Hunty was standing. Ready to play! The other team was HUGE! They were about to turn 5 and most of our players just turned 3, but our guys had a blast getting muddy that day!

He is Ready to Rumble!

Hunty throwing in the ball...look at that form!

Soccer game? What soccer game? Hunter could care less the ball was right next to him. It is much more fun to just tackle friends! This is a "Hunter Classic" You can see Hunty mid take-down of one of his own teammates and buddy at school and church. Sweet Frank...sorry Kristen!

Going after the corner kick

My little mud pie...I only wish I had a picture of his cleats and socks!

This next game was not muddy thank goodness, but it was so cold! However, Hunty was still really excited for the game. I think he has a pretty good vertical too!

Checking their shin guards before the game. This game was FREEZING!

Drakey wants to be out there so bad with Hunty, but is going to rock next year when they can play together since he is already getting some good practice!

Hunter flirting with the ref. It usually works like a charm!

And so here goes another "Hunter Classic" tackling James...his own team mate (I didn't want to zoom in because it is too embarrassing)

So I told Hunty he had to play with his hands behind his back. And he did for a little while, but he didn't like it very much.

Hunty excited after he kicked the ball out of bounds! It doesn't matter, he just loooves to kick the ball!

A quick hug after the game. Looks like they would be nice to each other all the time huh?


Doing their silly dance after victory...well, after anything really!

Stack it up and Goooooo Green Grapes!

Eating a snack with Da after the game


The very last and final game of the fall season. But don't worry, we'll be back this spring! Same place, same team (hopefully), same fiesty little soccer player I am sure.
The prayer before the game 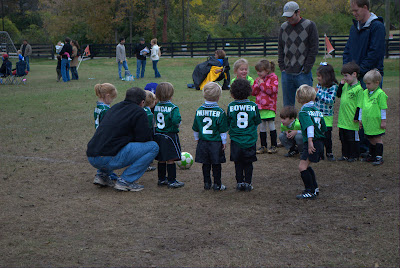 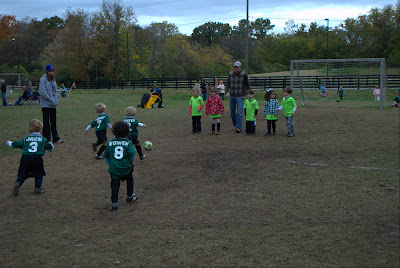 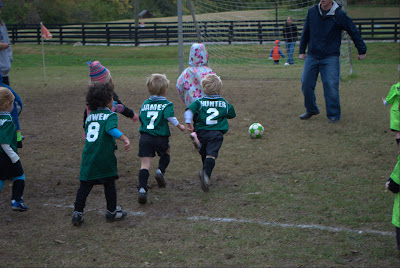 Hunty is taking on some older women... 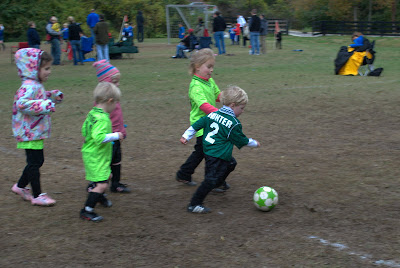 Meanwhile Drake is hanging with the big kids 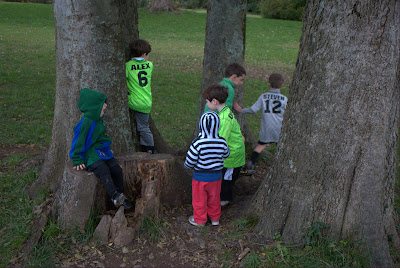 Taking the ball to the goal! 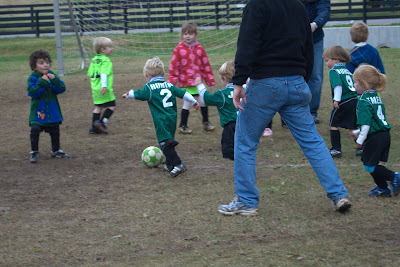 Stacking it up for the last time this season. 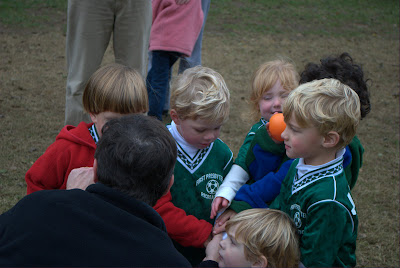 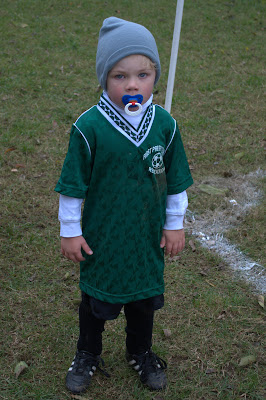 Posted by Caroline Armstrong at 7:02 PM