Well, my Drakey Doodle Dandy turned 5 last Friday the 21st (a week ago).
I just cannot beieve he was born 5 years ago and I cannot say enough about this sweet guy.
He is still huge for his age (97% in height and 97% in weight...he has stayed the same percentiles for several years now and his pediatrician predicts he will be about 6'4)
He is very athletic and has been very good at any sport he has tried so far (soccer, baseball, hockey, tennis, swimming)
He is very strong (usually doesn't know his own strength)
He loves being a big brother
He loooooooves his baby brother so much.  SO much in fact that he wants to love on him a little more than he should.  I have to remind him to be gentle quite often.
He thinks the world of his big brother and wants nothing more than his approval...but he is also not afraid to fight back anymore, which usually ends up in Hunter getting hurt.
Drake also, though, has a heart of gold.
Despite being burly, he loves his girlfriends and his girl cousins
He loves to play dress up
He loves to play in the kitchen and help me cook and bake
He loves to play games
He loves Ninjago
He loves to tell stories and has the BEST imagination (which I often have to remind him that what he is telling me is a "story" and didn't really happen:)
He has never met a stranger.  He makes friends wherever he goes
He likes to sleep in boxers like his Daddy
He thinks his Daddy hung the moon and cheers for AL with him
He still climbs in my lap and reads books with me
He writes really well (I spell the words for him )
He does not seem to have a mean bone in his body.
When he gets in trouble (which is often) it is usually because he is being silly and not listening (or for using potty talk)  But he never does anything out of meanness.
He has a huge sweet tooth and would eat candy all day if he could
He also has a loose tooth with the tooth already growing in behind it (even though Hunter does not have even one loose tooth in his mouth!)
He also has an extra tooth (which now gives him 22 teeth in his mouth when most kiddos have 20...But enough about his teeth!)
He is such a sweet beautiful little boy and will make the best husband and daddy one day
He prays for homeless people a lot (we have homeless people who sell newspapers and we buy one from them frequently...and he always asks questions about them and prays for them)
We are so lucky to have you in our lives and God really did know what he was doing when he surprised us with your sweet little life!


This was his last first day of pre-school (does that make sense?)  (Also, this was not on his birthday but I have to document it!)  He will be in Kindergrten next year and we will savor every moment at his sweet school.  He has the same teachers that Hunter had and I know he is in for a great year! 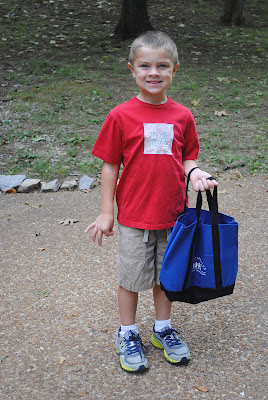 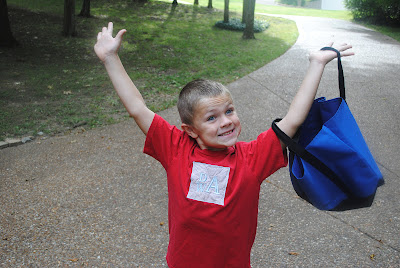 hanging up his bag 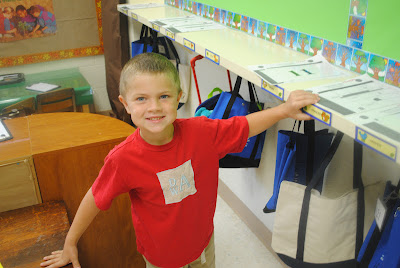 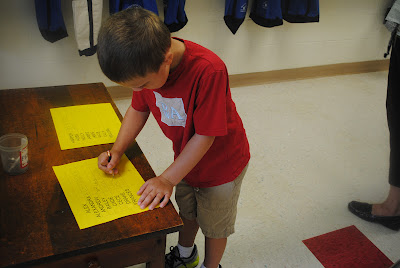 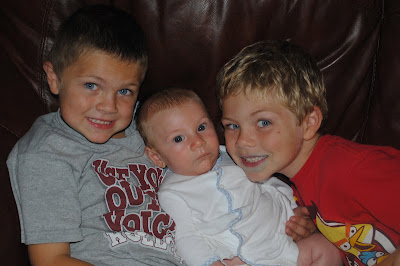 Blowing out the candles on his "donut cake" before school 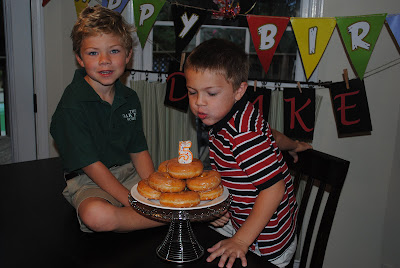 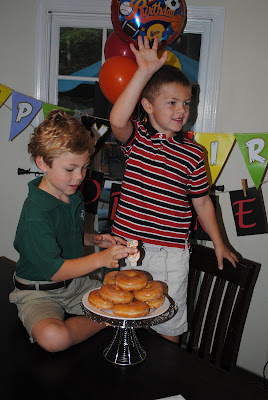 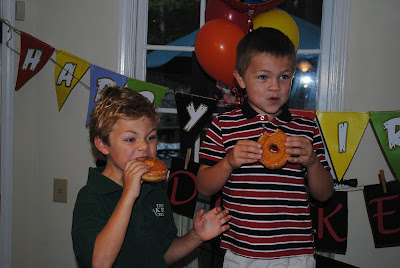 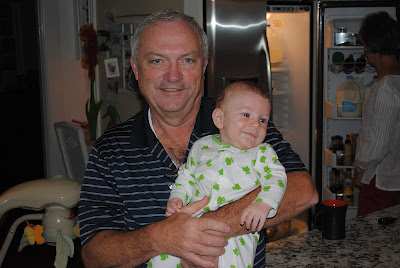 Opening up just one gift before shcool 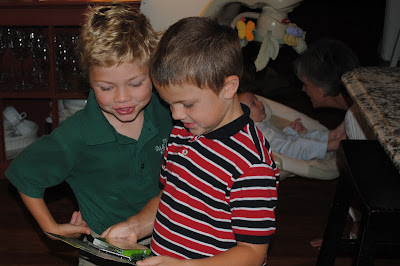 And of course loving it!  The Green Ninja!!! 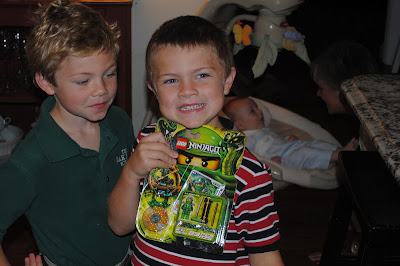 I got to go in and read on Drake's birthday...he chose Ronnie Wilson's Gift 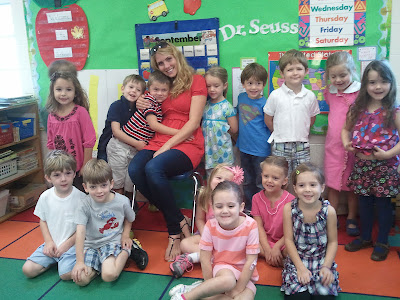 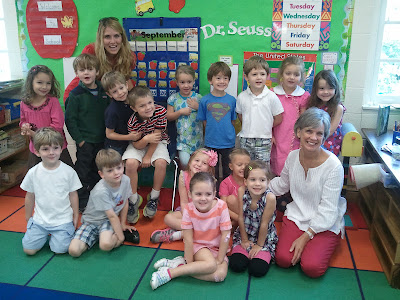 After school we went to Five Guys for lunch (Drake's pick) and then picked up Hunter and went to Sweet Cece's for ice cream.  All of this with Grammie and Pop in town which made it extra special! 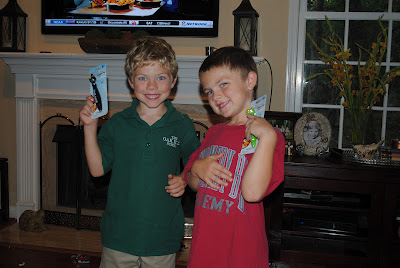 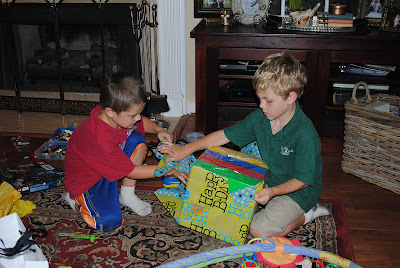 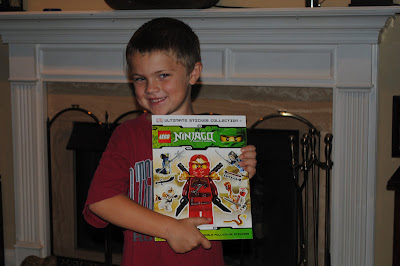 And then on Sunday night we celebrated with my parents.  Drake's birthday party is not until Monday so we are spreading this puppy out! 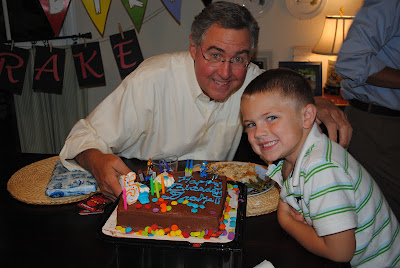 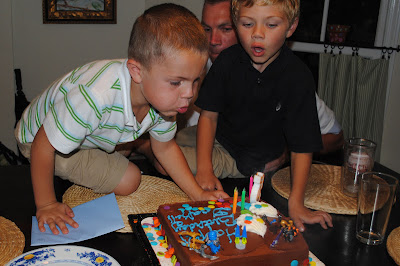 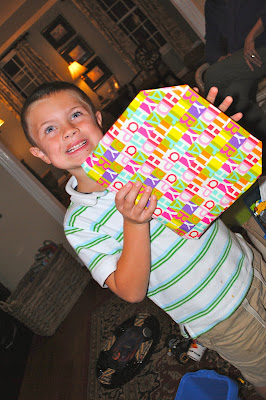 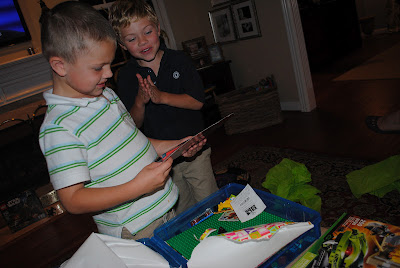 
Posted by Caroline Armstrong at 7:39 PM