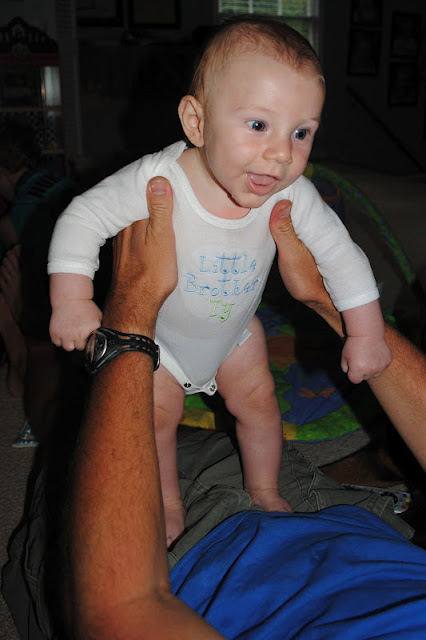 Well, technically this little man is almost 4 months, but who is checking right?

And oh my goodness he is still the sweetest baby!  We have had some tummy issues this month (like going 7 days in a row without pooping...twice...and now I am on day 4 of the third week and he finally pooped again...is this TMI?)  I think he might have to start having baby prune/apple juice once or twice a week.  HOWEVER, he refuses a bottle!  I have been exclusively nursing, but trying to let him have a bottle once a week and all of a sudden 2 weeks ago he refused it.  I have no idea why?  I have tried, Kyle has tried, my mom has tried, Grammie has tried...

Anyway, he was sleeping like 6-8 hours at night until his tummy issues started and he has started waking up again every 2-4 hours.  I am exhausted.  But it goes against every fiber in my being to listen to my baby cry so I have not made him cry it out yet or anything.  I usually just feed him when he wakes and he goes right back to sleep.  There is no "hoopla" so it is easy.   I am just hoping when we get his tummy issues figured out he will go back to sleeping more.

With that said, he is not at all a fussy baby.  In fact, he is such a sweet patient baby.  I do feel bad for him because he pretty much only gets to sleep in his crib at night.  The big boys have such different schedules that he is in his car seat a lot...but he is a pretty good sport about it.  Actually, he kind of hates the car, but he is so chill otherwise that I overlook that.

He LOVES to stand up on his legs and he has strong legs like his big brothers.
He has great head control, but he does sleep on his tummy...
He spins around on the floor practically in circles and rolls up on his sides but hasn't quite rolled all the way over yet.
He smiles at you from across the room
He "talks" a lot and will coo back and forth with you
He still looks just like my brother's baby pictures
His eyes are getting bluer
He is very long but I have no idea how much he weighs (we will go to the Dr. at 4 months)
He truly is a sweet sweet baby and I just love him so much...and so do his brothers! 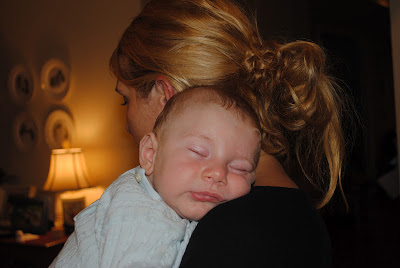 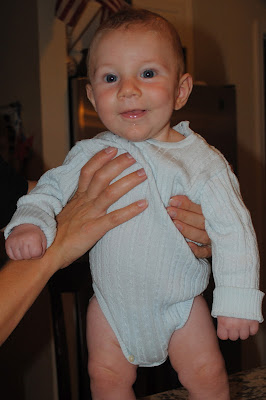 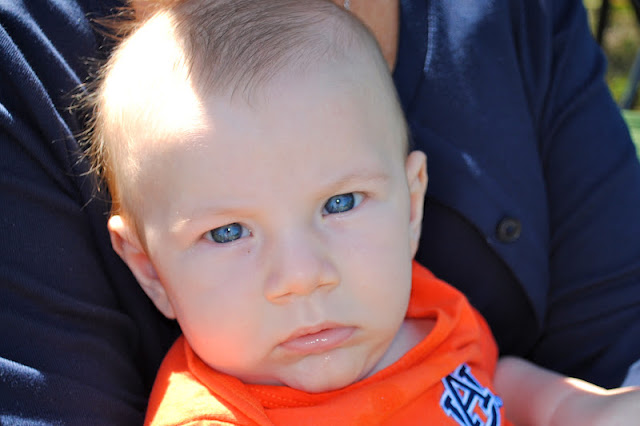 Posted by Caroline Armstrong at 7:13 AM