They do all kinds of fabulous things at Hunters school and I am always amazed at what they teach our children and opportunities they provide for them. I have been poor at documenting these this year and staying on top of it, but Hunter's year of kindergarten I can easily say has been exceptional. Almost every day I am amazed at how much he has grown and accomplished and learned.

A month ago his class presented their library book and became "Library Legends" at school. This is how it works:
They pick out a book from the library, and they write a brief description of the book. They then stand in front of the whole school (K-6) and present it. It was impressive to see these kindergarteners and fun to watch!

All these pictures I was taking with my phone while holding Ty so they are incredibly blurry. (Hunty is second on the left)

This is his whole class and their books 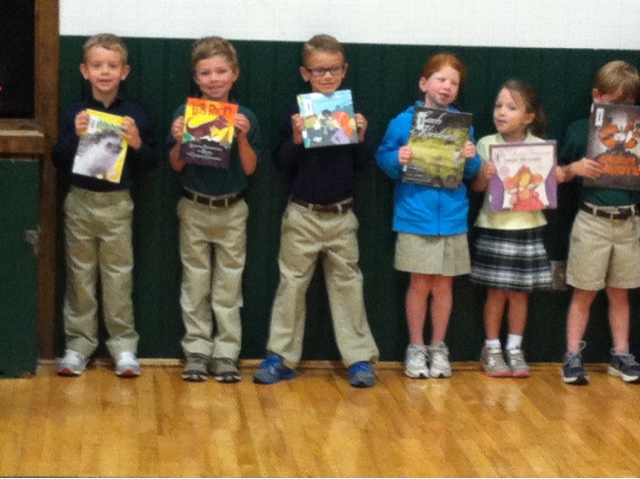 I was trying to videotape them presenting their books while holding Ty, so it is a little shaky at first.  But so cute!   He was the second one to go so you will hear the end of God Bless America the school was singing the first little boy and then Hunty.  http://www.youtube.com/watch?v=tv_Q5PxkMy8 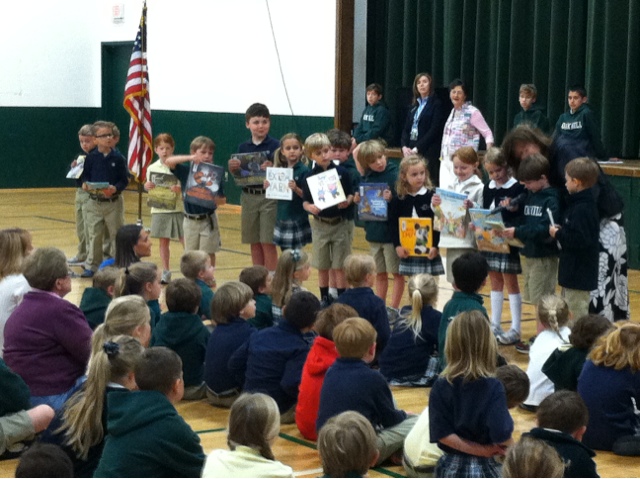 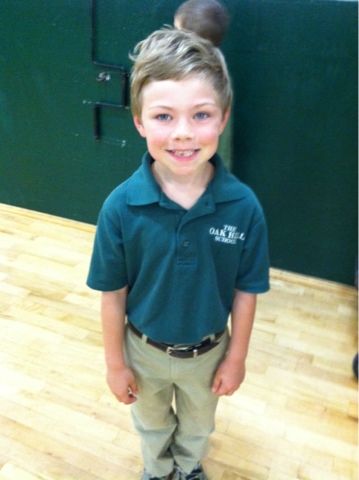 Now, coming back to May, yesterday was Field Day, which is a big deal at Oak Hill. Once you are in the second grade you find out your allegiance (if you are an Oak or an Acorn) but the first graders and kindergarteners have their own field days catered more towards their age group. So it was mostly a day of fun and games for the kindergarteners and Hunter had a blast!!

I was helping out with Field Day this year and I had fun watching all his buddies too.  They had 8 different stations and I was trying to snap a few pictures of him while I was working the "soccer kick."

Getting the ball through the swinging hoop... 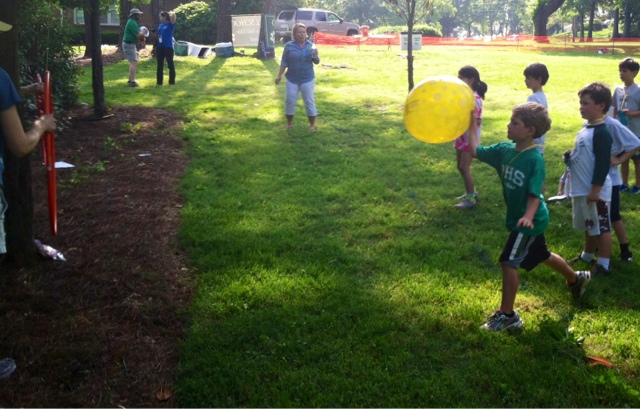 Getting the ball in the bucket with no hands... 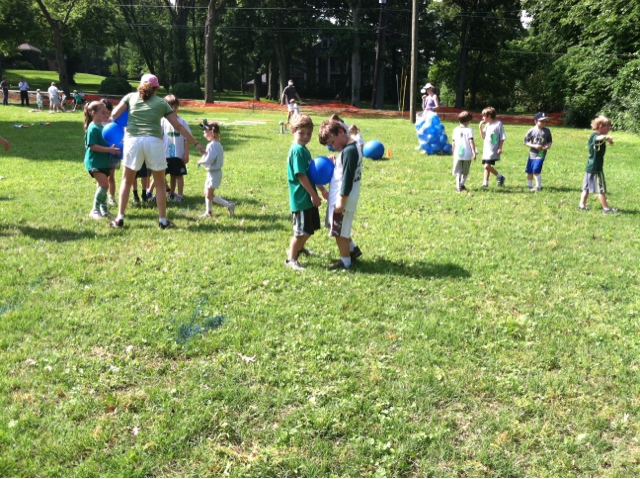 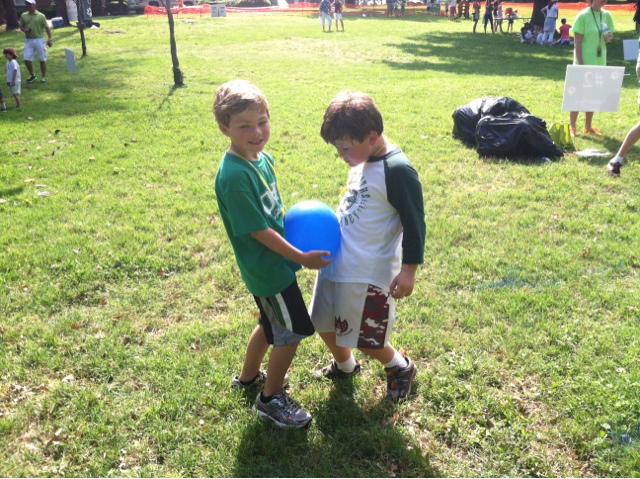 carrying the ball on a spatula... 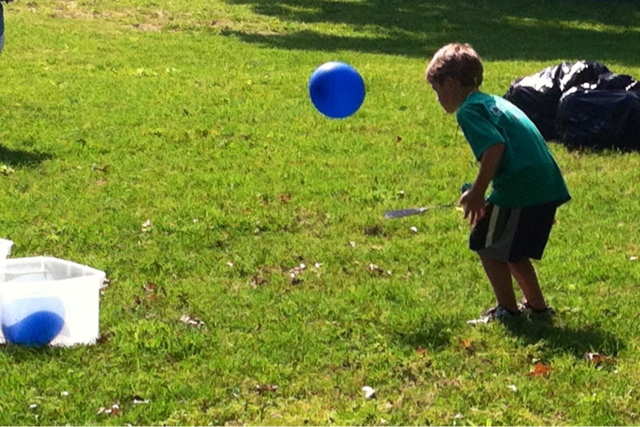 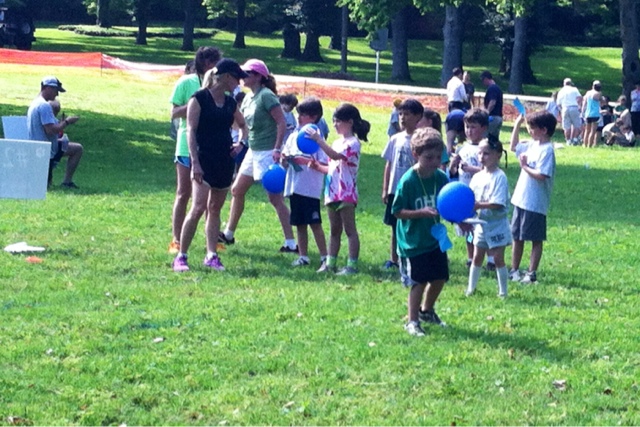 well, this was suppose to be the soccer kick that I got AFTER he kicked the ball...oh well! 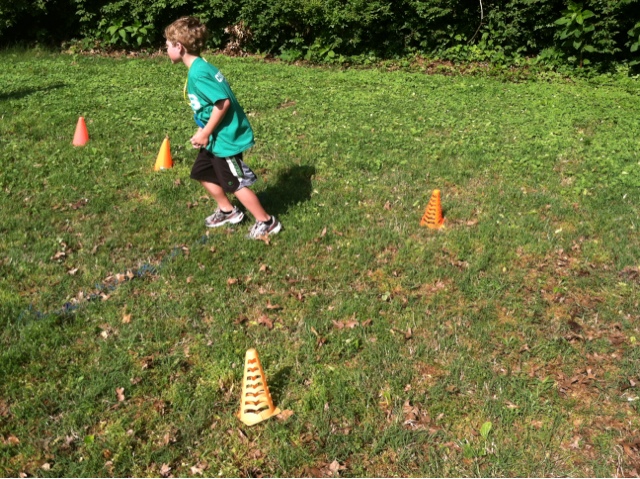 Potato Sack Races...(I didnt get a picture of Hunty but I got some of his buddies) 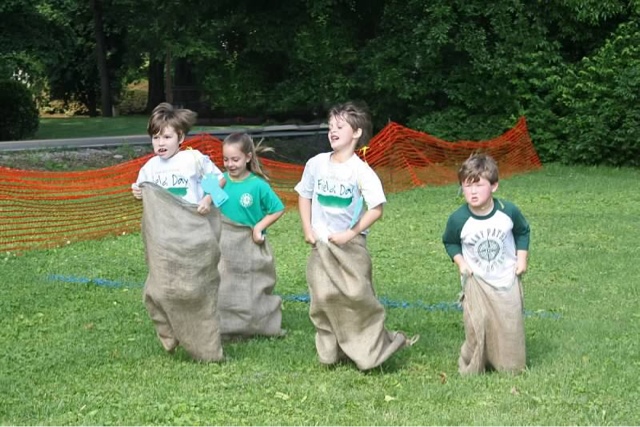 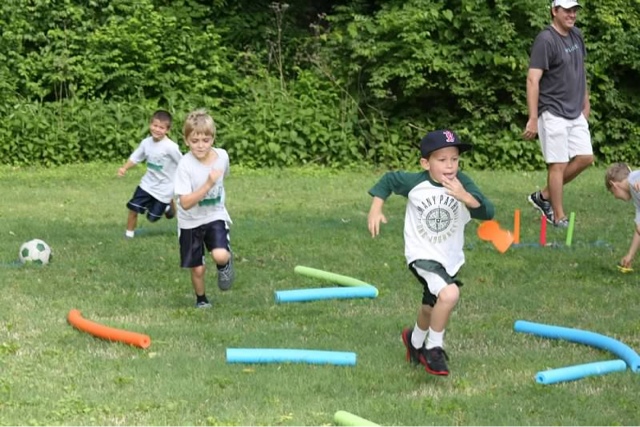 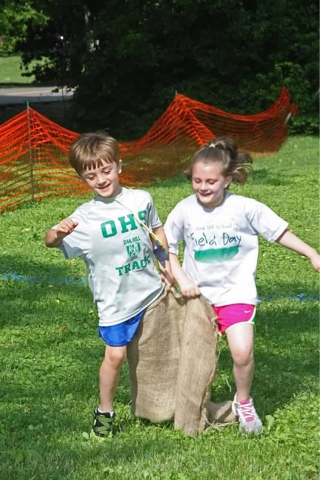 Hunter and his buddy Archer 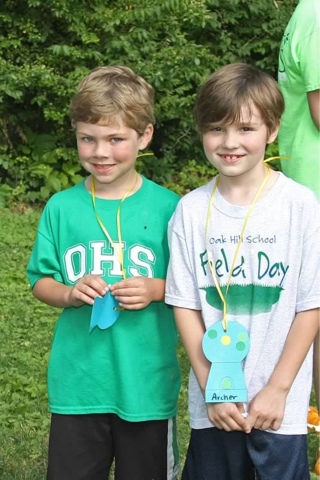 The ole jumping with the balloon between your legs... 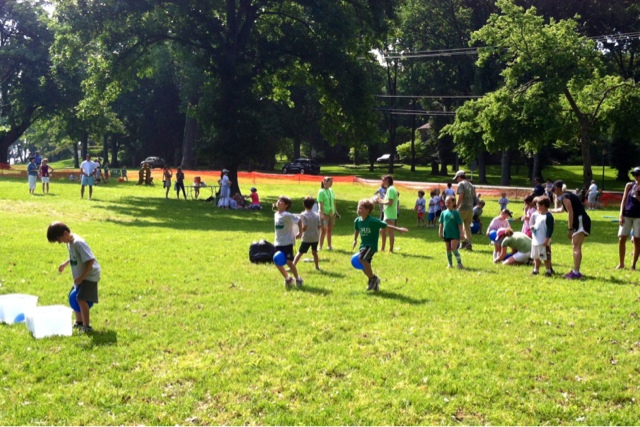 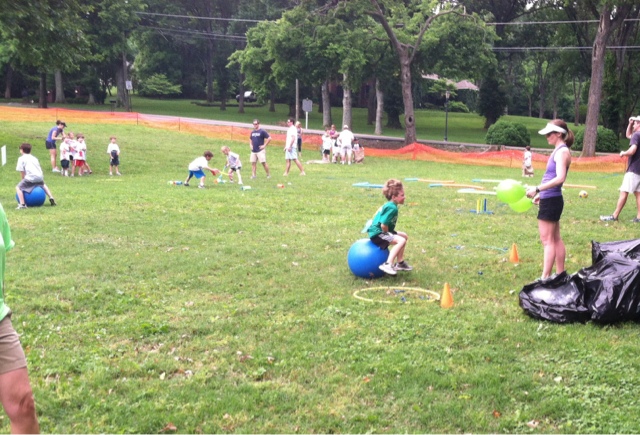 Back in his room for snacks and taking a break before the class competitions.  Hunter and one of his best buddies Hardy 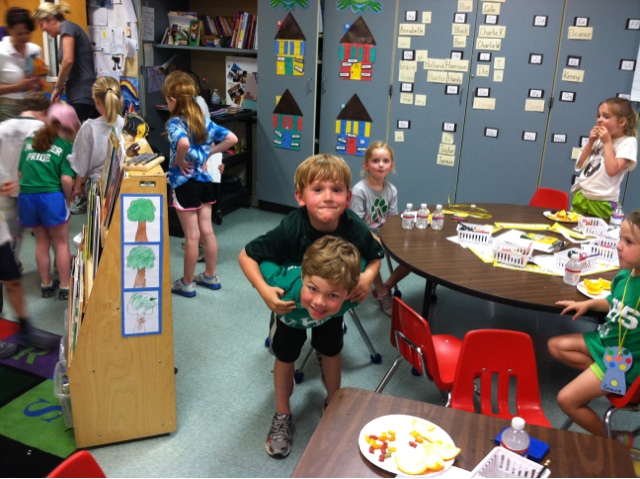 Hunty talking about his favorite games so far 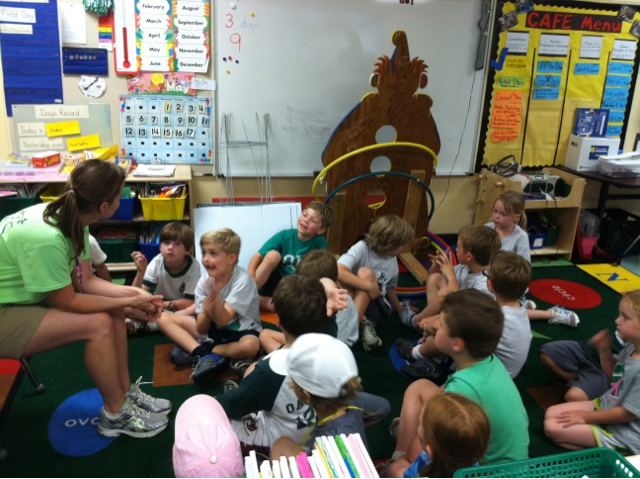 And then back out on the field for class relays 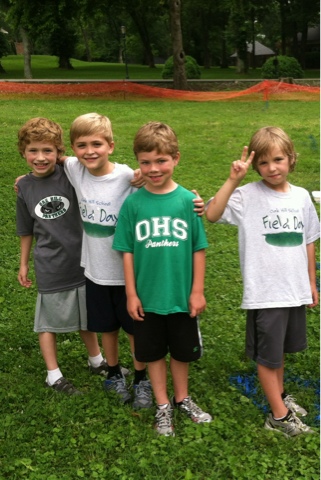 Hunter's class with his teachers Mrs. Bethurum and Mrs. Griffin...I am going to miss his amazing teachers so much!!! 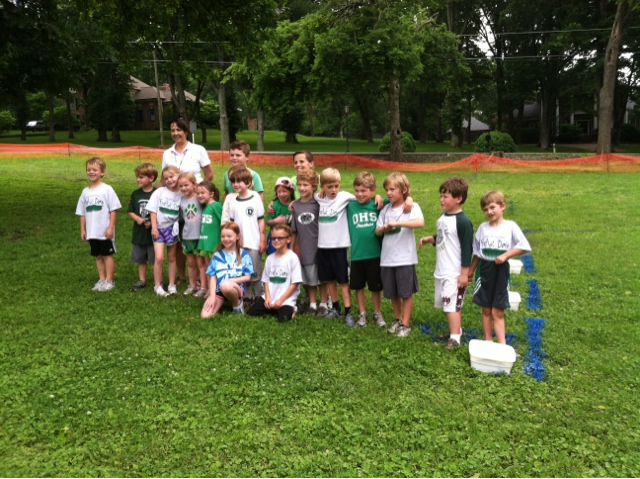 The 4 Kindergarten classes waiting for the relays to begin 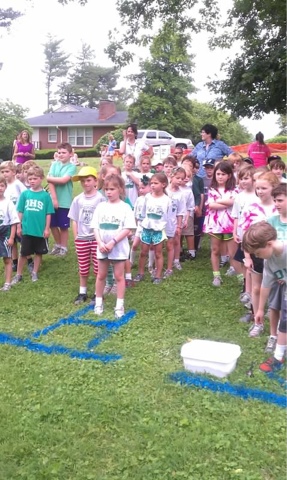 There were three relays and I only got pictures of the first one. Carrying flour on a spoon and filling up a bucket 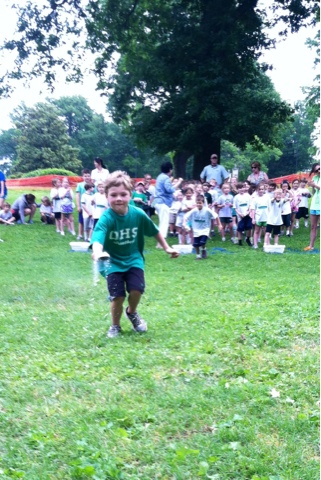 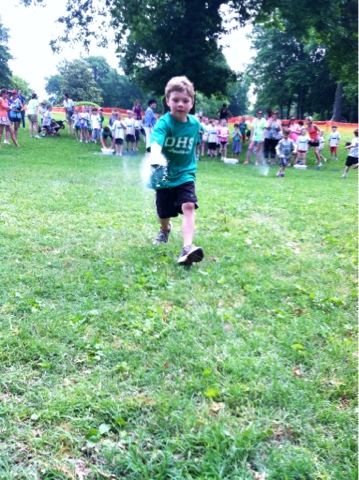 After the third relay the teachers were showing the kiddos how to do the over/under race with a wet sponge. It was actually hilarious when they were demonstrating 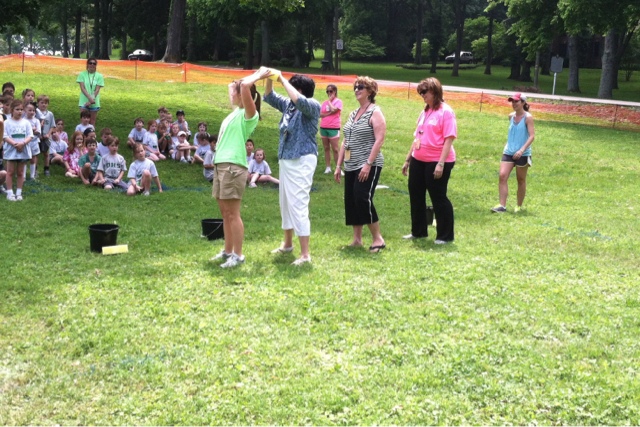 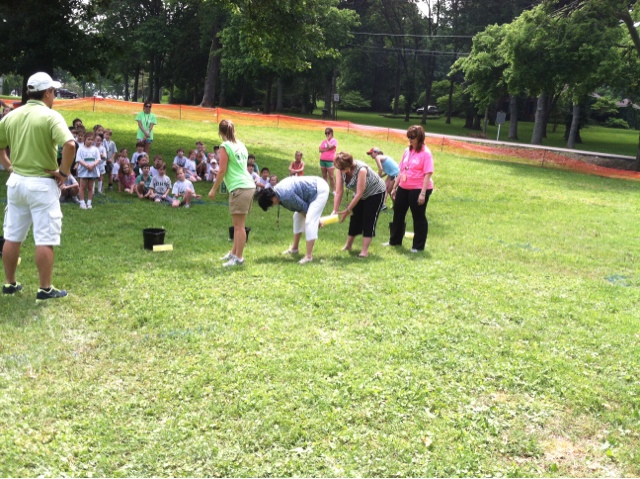 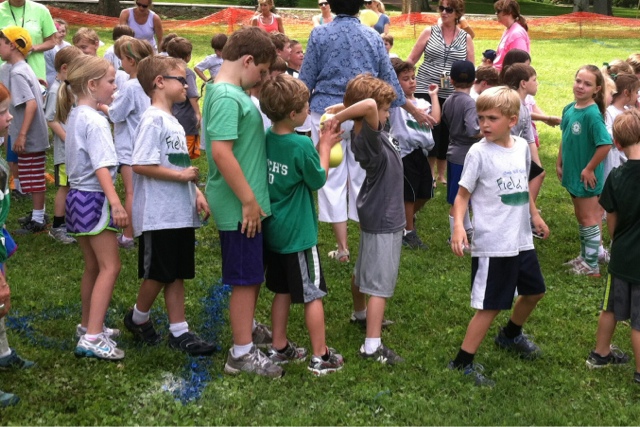 And no better way to end than with popsicles!!! 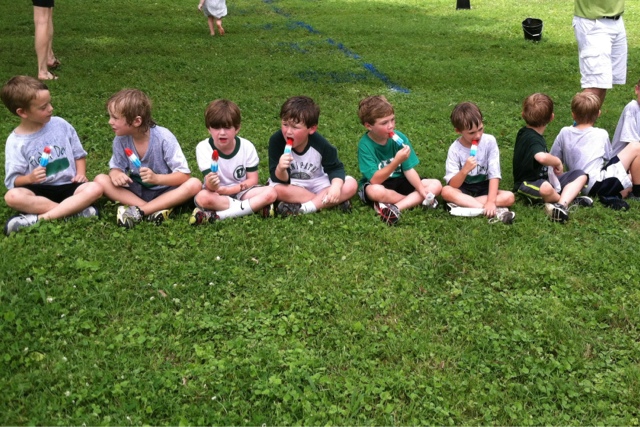 Posted by Caroline Armstrong at 10:12 AM