And who was there to see it? None other than Hunty and his daddy! After they went to the Monster Truck show last Saturday night and drank a $9 cup of lemonade Hunter can't stop saying "CRUSH IT" but it sounds more like "cruuuuuuush iyat" in his lowest voice he can muster. Here are a few pictures from the main event!

Hunter standing next to the truck that brought in Big Foot 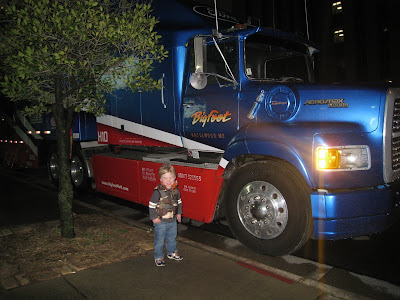 Hunty and Daddy in front of Biiiig Fooooot 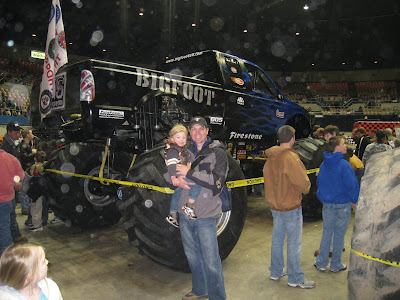 Hunty in front of Bear Foot? Never heard of that one...regardless it looks big! 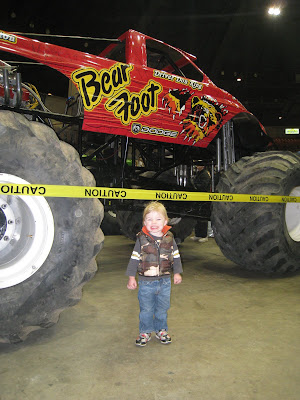 The two boys taking a picture with the General Lee 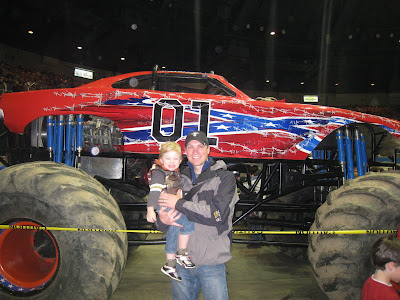 Hunty and the arena 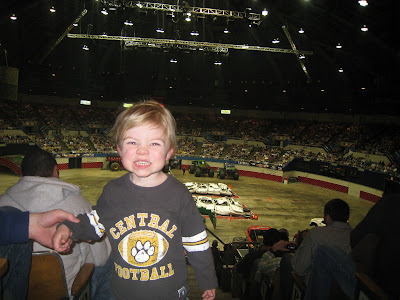 Hunter with a BMX biker 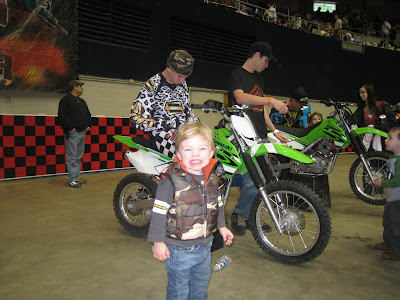 Drinking his $9 lemonade ($9 seriously??) but TOTALLY worth it to be able to do this with his daddy! And lets be honest, he looks pretty darn cute in the arena chair. 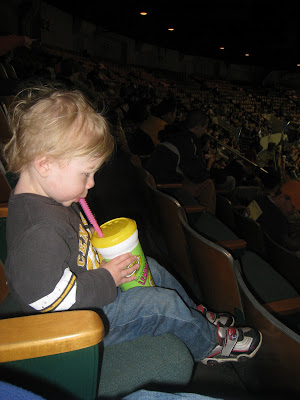 The only lady driver, AND she tipped over (of course) 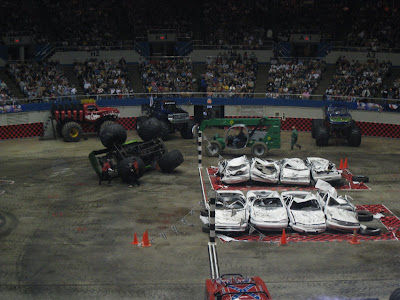 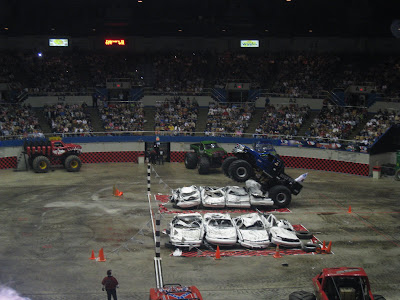 I think the boys had a blast! 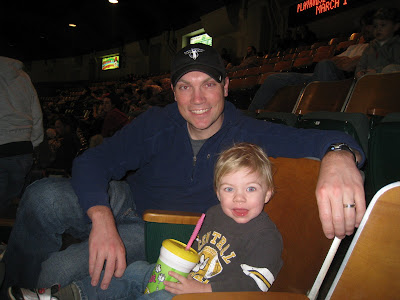 Posted by Caroline Armstrong at 12:12 PM