Shopping with Mom and being a Soccer Mom!

So this past weekend was EXTREMELY FUN and a bit sad.
The fun = going to Chicago on a shopping trip with my mom who is one of my best friends in the world, and another one of my best friends in the world, Miller, and her mom, Eboo!
The sad = I missed Hunty's first soccer game. We planned this trip at the beginning of July so I had NO IDEA it would be the weekend of his first game otherwise I never would have planned it this way. However, what's done is done and Kyle got some adorable pictures for me!

We arrived at about 10am Chicago time, checked into The Drake (our hotel, not my child for anyone not familiar with Chicago), collected our game plan and hit Michigan Avenue.
A view from The Drake on the the lake and a beach volleyball tournament.

Hit more stores and headed back to the hotel about 5:30ish.
Mom and I quite tired, sitting in the couch on the elevator after our 1st day of shopping...we had to take a good half hour to freshen up before cocktails in the hotel and then on to Second City!

Possibly my favorite pic of the trip...Miller in the front seat of the cab on the way to Second City

A picture of the 4 of us at Second City. I have never laughed to hard in my life while also being embarrassed at several of the things that were said while I was sitting with my mom!

Me and Miller, or Ebony and Ivory as we would like to call ourselves:)

Another pic of the 4 of us after Second City


The next morning we woke up and decided to go to a part of town called Southport in Chicago that is filled with little boutiques and wonderful little places to eat.
A quick pic in the lobby with Mom before more shopping on Saturday

At the Southport Grocery for lunch...it was Divine!

I wish I had more pictures of Southport b/c it was so cute! I also wish I had a picture at dinner Saturday night. We ate a french restaurant, called Bistro 110. I highly recommend it and the food was wonderful! But I failed to be a good photographer because I was caught up in the fun we had. It was a blast!

Who CARES if Kyle banned lace and knee socks on boys from the moment we found out we were having a boy. And who cares if he LOATHES john-johns, smocked things and monogrammed clothes on boys (those things physically make him ill which is why they can only wear them to church and school) because I have never in my life seen anything as cute as this: 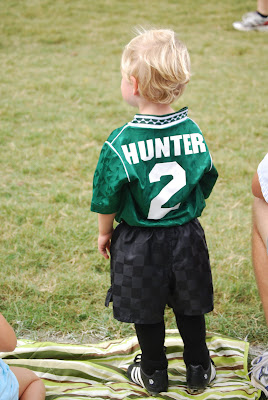 Getting to do a corner kick 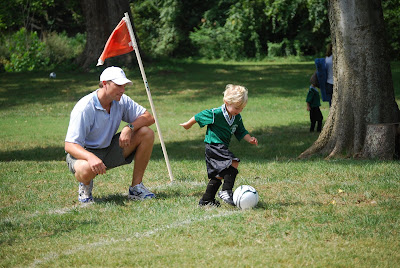 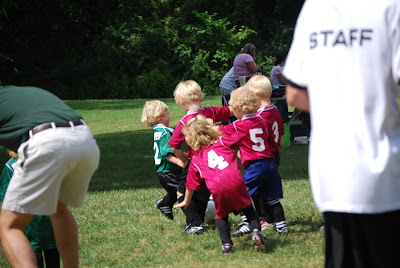 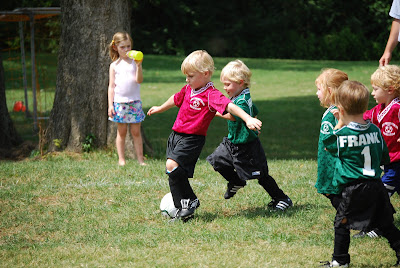 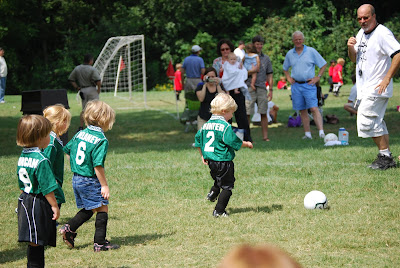 Hunty and Jack taking off 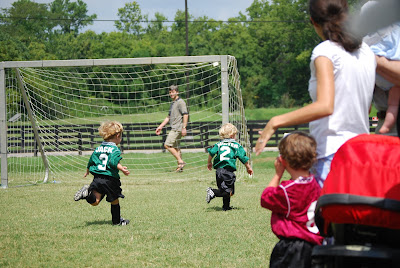 Da walking around with Drakey during the game...he always wants to play with his big brother so badly! 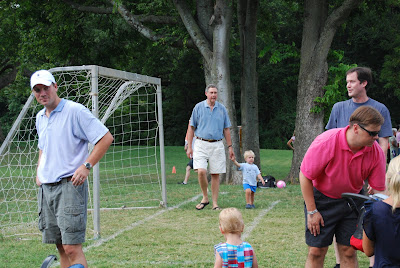 Some of Hunty's buddies on his team: Hudson, Frank, Duncan, Jack and James 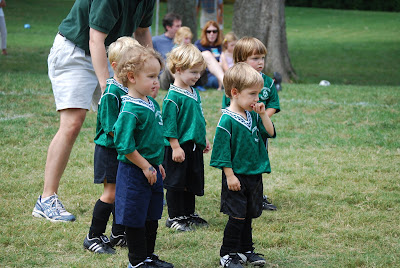 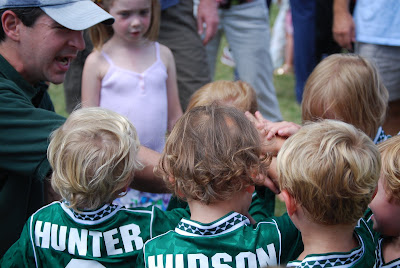 Eating his snack with Daddy and Grammie after the game 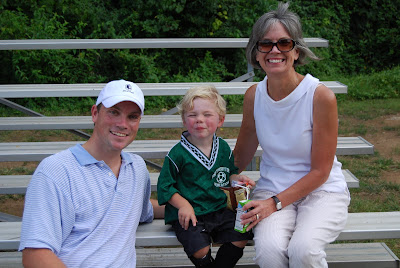 And afterwards playing on the playground 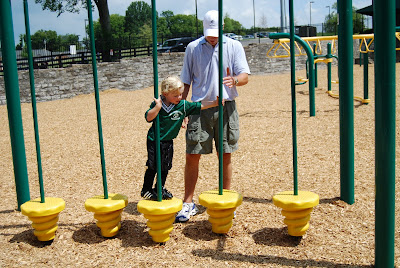 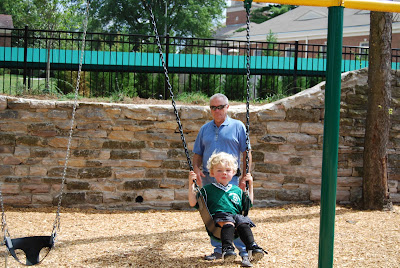 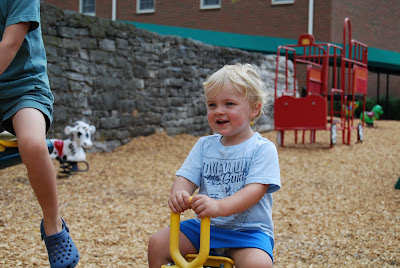